If you have mould growing in your house it is serious. An A4 size patch generally means 70% worse inside.

Mould is a fungus that thrives in damp, humid environments. In the home, mould can grow on the ceiling, in the bathroom, the kitchen, the laundry, the hot water cupboard, inside wardrobes, and on walls windows.

Mould can cause a range of illnesses including:

If you can see and smell mould, you must clean and remove it. Mould on surfaces is not only bad for your health, but it can also damage surfaces like walls, floors and ceilings. 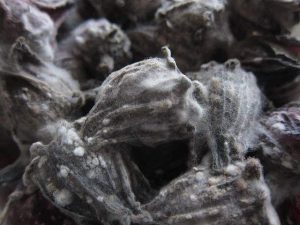 There are a lot of cleaning hacks online that promote using bleach to remove mould. But not everyone is comfortable with this toxic product. If you are looking for an easy and safe way to kill mould in the home, we have all the answers below:

How to get rid of black mould from silicone sealant?

Have you noticed black mould on sealant in the bathroom sink or shower? Get rid of ugly black mould with this simple mould removal hack.

Step 2. Spray on the affected area and leave for an hour to absorb.

How to get rid of mould from the ceiling?

Mould on the ceiling is visible. The mould can be black, brown, green or orange. Other signs that you have mould in the ceiling can include cracks, peeling paint, discolouration, bulging and an unpleasant dank smell. 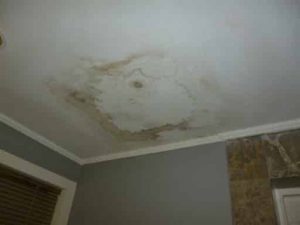 To remove mould from ceiling:

Borax is a natural cleaning product that does not emit harmful fumes.

How to get rid of mould from clothing 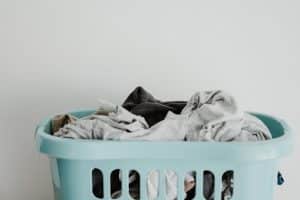 Forgot to empty the washing machine? You could end up with mouldy clothing! Mould can also grow in unwashed damp towels, in bedsheets and clothing that has been ignored inside the laundry basket.

Step 2. Let the clothing soak in 1 cup of white vinegar and a bucket of water.

Step 3. Wash in hot water with a good detergent.

How to get rid of mould from fabric and curtains

Step 1. Soak the fabric overnight in a 10L bucket of water with 1 cup salt and 1 cup white vinegar.

Step 3. Hang out to dry the next morning. A salt crust will form on the fabric.

Step 4. Leave this for an hour then brush it off.

Step 5. Wash in a hot cycle following the label instructions.

How to get rid of mould from walls 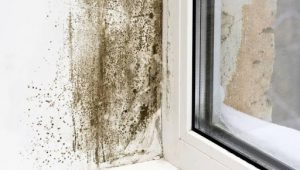 To get rid of mould on painted walls:

How to get rid of mould from wood

Mould can grow on wood. To remove mildew and mould from wood furniture, cabinets and panelling, vacuum the spores with a soft brush attachment. Gently wash the affected area with a simple homemade mould removal solution of dishwashing liquid and water. Use fragrant-free dishwashing liquid. Don’t oversaturate the wood because it can damage the finish.

If a cloudy film has formed on the wood, wipe it with mineral spirits. Or use a store-bought wood polish to restore its look.

How to get rid of mould in a mattress

Vacuum the mattress first to remove hair and other surface debris. Use an HPA filter vacuum to prevent the spores from escaping into the atmosphere.

Step 2. Do a spot test on a corner of the mattress.

How to get rid of mould in the shower 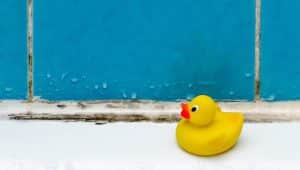 Step 2. Spray on the affected area.

(Best cleaning hack: Use an old toothbrush to get inside the groves and in difficult to reach corners like sinks and shower walls).

How to get rid of green moss in the patio

That greenish growth on your patio is mould. 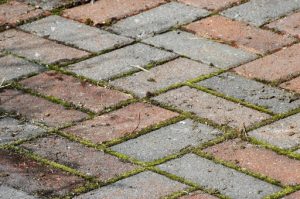 A simple solution of ½ cup white vinegar, ½ cup borax and water will kill the mould and return it to its original sparkling look.

Step 3. Use a hard-bristle brush to scrub away the mould and mildew.

Step 4. Wash and leave to dry.

How to remove black mould in a drink bottle

It isn’t hard for mould to grow in your plastic drink bottle! 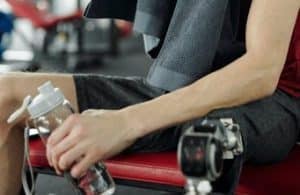 Step 1. Grab some white vinegar. Mix with water and let it soak overnight.

Step 2. The next morning, rinse clean.

How to get rid of mould from awning

Say goodbye to ugly mould, algae and mildew with this simple cleaning hack.

Step 2. Spray on the awning.

Step 4. Brush with a soft-bristled brush and rinse with clean water.

How to use tea tree oil to kill mould and mildew

Tea tree oil is a natural anti-fungal that is eco-friendly for the home.

Step 2. Spray it on surfaces like tubs, sinks, and the shower.

This homemade solution is brilliant for getting rid of mould and mildew. Your bathroom smells amazing as well! 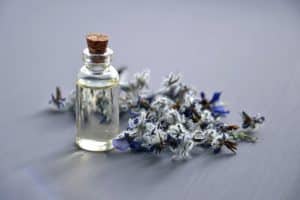 Can you mix baking soda and vinegar to kill mould?

The answer is ‘YES’. Baking soda is a harmless compound that can effectively remove mould in the home. When baking soda is combined with vinegar to make a paste, it produces a powerful cleaner than can remove dirt in many appliances, including fridges, ovens and bbqs.

Vinegar is a mild acid that can kill over 80% of mould. It is usually combined with baking soda to kill different mould species.

Step 1. To kill mould, mix with baking soda and water and spray on the affected surface.

Step 3. Scrub with a brush and rinse to clean.

How to use hydrogen peroxide to kill mould

Step 1. Use 3% hydrogen peroxide in a spray bottle to treat mould.

Step 2. Leave for 15 minutes until the peroxide has stopped bubbling.

More FAQ on Mould. We answer them all!

Is it safe to clean mould?

When cleaning mould, take the right precautionary measures including having the right personal protective equipment (like googles and gloves) and following the right methods.

Can I combine bleach with vinegar?

The answer is ‘NO’. Combining the two compounds will create poisonous chlorine gas.

Can I use bleach to kill mould?

There are two schools of thought about bleach. Some cleaning hacks say it works. But experts claim bleach does not work. According to a report by the ABC, bleach removes the colour but does not kill the spores.

How can I kill green mould?

White vinegar and baking soda or hydrogen peroxide are most effective in killing green mould on walls, ceilings, and floors.

How do you kill orange mould?

Orange mould on walls, floors and ceilings can be removed with a mixture of hydrogen peroxide or vinegar and baking soda. Put the solution in a spray bottle. Let it soak to absorb. Brush and rinse.

The experts do not think so. Sunlight is used to dry and air the items but you will still need to use the right mould cleaning solutions.

Salt is more effective when combined with other compounds. Salt works on its own if it’s in a salt solution form. Sprinkling salt on a mouldy floor does not work. 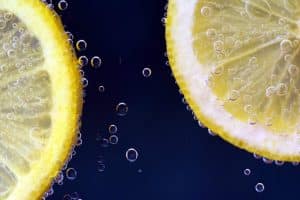 Lemon juice can bring down and remove mould. Lemon juice can be combined with other natural products like baking soda and vinegar to produce a paste to effectively eradicate mould.

How do I stop mould from coming back?

Regular cleaning and airing the home can prevent mould from returning. If you have a broken pipe, roof tiles or blocked gutter get them fix to prevent water from leaking into the roofs and walls of the house. Mould inside the carpet may require a professional steam cleaning to completely eradicate the infestation. Black mould inside sealant or grout when killed will still stain the affected area so you may want to consider resealing it.

According to the EPA, chemicals can cause harm to our environment and waterways. Instead of using toxic bleach and other commercially manufactured products, try using our easy and safe mould removal hacks above instead.

For further information on mould remediation, contact us here.